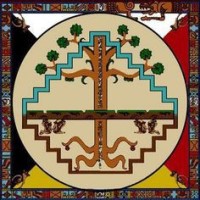 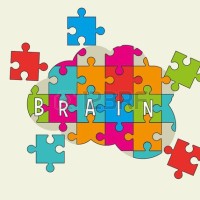 Good morning, followers! Happy Sunday! 🙂
It’s been a long time since my last post – I know, I’m sorry! But, I’m juggling a lot lately, and I’m working on some new exciting projects that I’m going to unveil in a couple of months. I’m still working on my website (One Sec Translations), which you can visit and surf; but, I want to personalise it a little bit more, so I’m taking care of the latest details.

Besides, I’m arranging my business and networking trips to Bordeaux and Pisa (in September and October, respectively), so I’m trying to be active on many, different sides so that I’ll be ready to leave without freaking out! 😀
I’ll write something for you about it in a specific post on the topic. 🙂

Yet, although I didn’t make it at the Language Lover Contest 2015 hosted by Bab.la, it doesn’t mean I don’t have to give it another try by taking the chance to participate in the Community Choice Awards 2015 hosted by ProZ.

There are two main categories: Translation-related and Interpretation-related. Within these categories are various sub-categories such as “best blog”, “best website”, “best trainer”, “best conference speaker”, etc.“

Nominations are still being accepted. You can submit your nominations through August 18th following this web address >>> http://www.proz.com/community-choice-awards/nominations

If you like to spread the word on Twitter or other social media, you can use the hashtag #ProZCCA

If you feel like supporting me, you can fill in the blank spaces with my accounts and relating links as follows:

You can also provide nominations for the other subcategories and nominate interpretation-related users.

You can fill in the blanks by writing as many names as you like; just choose the related category or subcategory and nominate your favourite people. Filling in all the spaces is not compulsory, so if you don’t have any nominees, just leave a blank space.

Thanks in advance for your support! 🙂
And have a look around, because many translators/interpreters/linguists are willing to take part in the competition!

Greetings, fellow procrastinators. You’ve clearly stumbled across this comic because you’re avoiding something — unless you are perhaps a comics analyst. In that case, good job staying on track.

Procrastination is nothing to be ashamed of. Everyone does it, but we each have a unique way of pushing off work to maximize time wasted.

In this comic, Angela Liao of 20px identifies the 12 types of procrastinators, including list-makers, nappers and snackers.

Which type of procrastinator are you?

A Word, Please: Superstitions of the grammatical kind

It seems like just yesterday I was writing a column debunking the myth that it’s wrong to start a sentence with a conjunction.

Foolish child. Grammar superstitions are a heck of a lot more powerful than I’ll ever be, as evidenced by an email I got recently from a reader named Paul in Venice, Calif. After some introductory matter of an ad hominem nature (“You’re an embarrassment” and the like), Paul proceeded to outline a number of grammar atrocities I committed in a recent column.

I do make mistakes in this column. When I get an e-mail with a subject line like “You’re very disappointing,” I cringe in anticipation of learning that I made an actual, you know, error. Happily, this was not such an instance.

All the mistakes Paul found in my column were his, rooted in a slew of common grammar superstitions. Paul’s biggest beef, judging by the amount of time he dedicated to it, was that I started four sentences with conjunctions.

A conjunction is a joining word that comes in several varieties. The best known are the coordinating conjunctions, the most common of which are “and,” “but,” “or” and “so.” These words coordinate — join — words, phrases or even whole clauses.

There are other types of conjunctions too. But coordinators are the ones to note because, not only are they the most common, they’re also the subject of a widespread grammar superstition.

Some folks are taught that it’s wrong to start a sentence with one. So the sentence before last, which started with “but,” would be considered an error. So would this one. And this one would too.

Unfortunately for would-be critics too eager to play the “gotcha” game, that’s superstition. But you don’t have to take my word for it.

“There is a widespread belief — one with no historical or grammatical foundation — that it is an error to begin a sentence with a conjunction such as ‘and,’ ‘but’ or ‘so,'” writes the Chicago Manual of Style.

“‘and,’ A. Beginning sentences with. It is a rank superstition that this coordinating conjunction cannot properly begin a sentence,” notes Garner’s Modern American Usage.

“‘but.’ A. Beginning sentences with. It is a gross canard that beginning a sentence with ‘but’ is stylistically slipshod. In fact, doing so is highly desirable in any number of contexts, as many stylebooks have said,” Garner’s adds.

“There is a persistent belief that it is improper to begin a sentence with ‘and,’ but this prohibition has been cheerfully ignored by standard authors from Anglo-Saxon times onwards. An initial ‘and’ is a useful aid to writers as the narrative continues,” notes Fowler’s Modern English Usage.

I wrote Paul back to thank him, explaining that it’s a treat to open an email about mistakes I made and learn that I made none. I even threw in a little free advice for Paul — advice of the “Maybe do your homework before you fire off emails of the ‘You are an embarrassment’ variety.”

But Paul didn’t write back. And I don’t expect him to anytime soon.

The Benefits of Being Bilingual

Did you know that over half of the world’s population is bilingual? This statistic may come as less of a surprise if you consider that there are nearly 7,000 languages spoken around the world! Being bilingual offers a wealth of benefits, from better brain function to improved job prospects. If you live in a vibrant place like New York City, being bilingual can even make it easier for you to meet new people. If you are considering learning a second language as an adult, it’s important to enroll in language classes designed for adult learners and immerse yourself in the language. Once you become fluent, you can maintain and improve your language abilities by taking classes, watching movies, and conversing in your new language. To find out more about the benefits of bilingualism, check out this infographic from Bluedata International Institute, an ESL school in New York City. Please share this infographic with your friends and family who are also hoping to learn English or any other second language!