Monday.
Once upon a #FIDEAdventures time
PREMESSA
• tantissimi auguri per i 5 anni di China Communication a Lucia! 🐒💚 •
• long Friday • 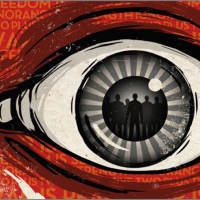 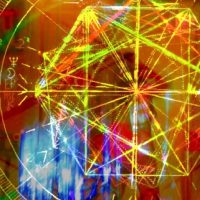 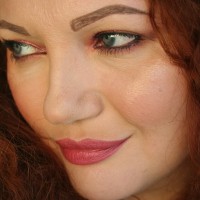 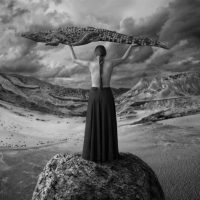 We are the lucky ones.

Sometimes we forget about the treasure we hold in our hands. It’s easier to complain rather than thank for what we can do everyday. I know, it’s a habit and it’s useless to say, but maybe even harder to accept. I’m sure that anybody is in denial, but it’s a true fact. I usually create ecards about Mondays. So, we complain for our bad Mondays when there are people outside without a job, looking for inspiration, and trying to find their way. Yes, we are freelancers and we face hard times as well; our happiness is closely related to our attitude towards clients, in order to get an assignment.
Eventually, we work. We have a job, something we put a lot of effort in. We are a proud group of people from all over the world; we do what we love; we share our thoughts and fears; we try to help each other (until it’s possible – because I know “we are not alone”, and we live on this planet together with bad creatures, who try to bring us down in many different ways).
Yet, we are a big family living in the social media world. We reply to posts and tweets to feel like we are co-working, all together, in a digital open plan office.
As far as I’m concerned, I feel very lucky, because I’m surrounded by precious ladies and men I can talk to, while I am completing those assignments and managing schedules and agendas.

We are the lucky ones. I want to thank God for my dreadful, but very lucky Mondays.

Accents and dialects: a thorny issue for translators

Translation is a tough enough discipline at the best of times, but when accents and dialects are factored in it becomes a real test of a linguist’s skills. Anyone hoping to use free software to translate something where accents are involved should give up now.

You may think that producing translations where the source includes a variety of dialects is something you’ll rarely be called upon to do, but everything from classic works of literature to Disney films make use of accents as a way of fleshing out characters. By simply wiping this out and making all of the characters speak a standardised version of the target language, the translator significantly alters the way the character is perceived by the reader.

Literature and translation lecturer at the University of East Anglia BJ Epstein has written an interesting paper on the translation of dialects, focusing primarily on The Adventures of Huckleberry Finn by Mark Twain. The book was published in 1884 in the UK and a year later in the US and is one of the first works of literature to be written in the native dialect of the narrator. It also features a variety of different dialects among its characters; a feat Twain himself said he worked on “painstakingly” to get right.

Rather than speaking in the standardised American-English of the time, the characters in Twain’s novel speak in numerous different dialects. However, when translating this into another language, these dialects can prove difficult to handle.

In her research, BJ Epstein examined seven passages of text in 15 Swedish translations of the novel. In 60 per cent of cases, language standardisation was the preferred method employed by the author. This means all the characters in the book speak the same common form of Swedish no matter where they are from or what their background. Unfortunately, this can strip away much of the texture from the book.

Another option is to assign different Swedish dialects to the various characters. Yet because The Adventures of Huckleberry Finn’s source language originates from the American South of the early 19th century, Epstein concludes it would “probably have been odd” to replace this dialect with a regional Swedish one, given the reader knew it was set in America. However, she suggests that the translators could have employed a greater use of non-standard spelling and grammar along with errors in the characters’ speech that mirror the original. By not accounting for how the characters speak and instead focussing on the literal meaning of the words in the text, Epstein concludes some of the atmosphere has been lost.

Another issue she came across was how translators dealt with individual characters and their way of speaking. The narrator of the novel is Huck himself. Despite the character being only around 13 years old, and living like a vagabond, Huck’s narration is translated into standardised Swedish in 73.3 per cent of cases. His father is also seen to speak standardised Swedish in the majority of translations (53.3 per cent), although he is described as being so anti-education he makes his son leave school. However, the dialect spoken by Jim, the slave that Huck runs away with and the novel’s main black character, is only standardised 6.67 per cent of the time.

Rather than being given a foreign accent or a regional Swedish accent, Epstein claims that in many of these translations Jim is made to “seem deficient” as a result of how he talks in the target language. This is particularly the case in the earlier translations, although many of the more recent editions standardise Jim’s dialect. In the original, Jim’s dialect is defined as an African American Language, and reflects the different history, social standing and peers of the character, rather than suggesting he is mentally “deficient”. However, the way it is handled by some translators has the unwanted effect of making him appear less intelligent than the white characters.

How to handle accents

Accents used in literature can cause just as many problems for translators as dialects. Let’s for a moment consider how many accents there are in the UK alone that could feature in an English language novel. From Cockney to Brummie and Scouse to Glaswegian, Britain has a wealth of accents. Indeed, it’s not unusual for people to struggle to understand one they’re not familiar with as much as if they were listening to someone speak a foreign language.

Take Irvine Welsh’s Trainspotting, the 1993 cult novel adapted for the movie starring Ewan McGregor. Most of the book is narrated by someone with a thick east Scotland accent, while much of the dialogue is even stronger. Even someone whose mother tongue is English will find it a challenge to get to grips with this book, leading some to claim it is untranslatable.

Choosing how best to handle accents when you’re producing a translation is something of a minefield. Giuseppe Manuel Brescia, an Italian literary translator, reveals in his blog Smuggled Words that it is common for authors to use accents as a way of describing characters, by altering the spelling of their speech so it can be read phonetically – such as Welsh does in Trainspotting. So how does he tackle translating them?

“First of all I translate the character’s lines correctly, given that any accent, twisting single phonemes, will obviously affect different words in English and Italian,” he explains. Brescia adds: “Then, in order to determine which ones, I simply start sounding off that character’s lines with the relevant accent, and change the spelling accordingly.” The linguist credits his talent for accents as the key to his success. Essentially, he puts on the accent and says the character’s lines in Italian, before working out how to spell the dialogue in a way that reflects that accent.

This is a technique Brescia uses when describing the accent of a character with a different mother tongue to the others in the book. However, on the subject of tackling regional dialects he admits it can be trickier. In answer to a reader query, he says: “[In the case of uneducated or working-class characters I use] a variation of the standard language which is determined by social factors, as opposed to the geographical factor defining a dialect. It is a massive loss, but unfortunately an inevitable one.”

Because accents and dialects are so often used as a way of portraying the character’s social standing, using the standardised form of the target language in a translation can remove much of the texture of that character. Yet, when you’re worried about misleading or even offending the reader this can seem like the only option.

Have you had to tackle an accent or dialect when producing a translation? Why not share your tips below? You can also find out more about document translation here.